skip to main | skip to sidebar

Recently, I decided that I needed to change up my daily quiet times and do a personal Bible study. (Read: I need some discipline in this area :)) I love studying scripture and found myself wanting to be challenged. So, I went on a search for a study that I felt would be beneficial to me. I ended up getting Beth Moore's study "Jesus: 90 Days with the One and Only" .
I couldn't have picked a better study at a better time in my life! Especially with the holidays around the corner. I guess I should confess that holidays have felt and seem less important than they did when I was younger. I truly love this time of the year but some where over the years I have lost the wonderment of it all! I don't want to just go through the motions anymore. (Yep, a song just popped into my head... Matthew West "The Motions"...if you were here while I am writing this you would hear me sing it!:) )
I am day five into my challenge and I can already tell that this is going to be huge for me! Please pray with me that I will be changed and challenged greatly through this time. What can I pray for you about during the holidays?
Posted by Becky at 7:53 AM 4 comments: Links to this post

My Brother and UCP

Today my brother and my parents had a meeting with the United Cerebral Palsy foundation. Most people don't know this but my brother was born with CP. While my mom was giving birth the umbilical cord wrapped around his neck cutting off oxygen to the brain. This has affected his right side of his body and he has a few mental challenges but if you were to meet my brother you would not know this right away.
For a long time now I have been bugging, pestering, annoying my parents to no end to get my brother some help. I love my brother but honestly he is very lazy. He has a lot of potential but he has chosen the easy way out of things. No matter what my parents or I say to him he would brush it off, ignore it or he would just flat out do the opposite of what we were as a family trying to get him to do. If you haven't figured this out already I apparently took on the role of "second mom" at an early age! Matthew is actually 15 1/2 months older than me but I was walking and talking before him! I used to interpret what he would say to my parents. That earned me the nickname "Matthew's little interpreter". Little did my parents know at the time that my best friends through out my life would be deaf and I would literally be interpreting for them as well! God knew what He was doing even when I didn't fully understand it at an early age.
Anyway, back to my brother and the UCP meeting. My dad finally called and emailed the local chapter (I guess that's what they call it) and got a meeting set up. The meeting went really well! In some ways I wish I had been there but I am not truly his parent...just a little sister wanting the best for my big brother. :)
He is going to be getting a job counselor and a life counselor! This is huge! These people will be able to coach my brother in a way that my parents nor I could ever do. He really won't listen to us. If I walked with Matthew outside and said "Isn't the blue sky beautiful?" His reply would be "Becky, the sky is green" and walk away! Yep, he loves to be contradictory as well!
I believe with other people helping him out and telling him the same things we have told him for years will be more motivation and encouragement for him to succeed!
Sometimes it takes a person on the outside telling Matthew the same things for him to listen.
I believe that is the case for many of us... what do you think?
Posted by Becky at 2:17 PM No comments: Links to this post

I kind of lost it today! Do you ever have days like that? For lunch today my parents invited me to go eat with them. We agreed upon a new restaurant and I was excited to try it out. I didn't realize that my lunch break would be pushed to 1:30pm instead of 1pm. So, I was really hungry when it came time for me to go meet them. (My stomach was roaring at this point.) Add that with trying to find a parking spot some where close to where we were eating and I lost it. I ended up venting to my mom about how much I hate the parking where this particular restaurant is located on what I felt was a very unnecessarily long walk to the front door. I honestly can never find a spot each time I visit this complex. (I love Trader Joe's and the only one that is close to my house and work is in this complex...b/c of the parking I rarely go! I know my logic is backward!:) ) To me it was a matter of convenience. I wanted to park with in a really short distance of the door so I didn't have to walk further than I felt I should have to walk. After I got done ranting to my mom and got settled into our table is when I started realizing that my little moment of "losing it" wasn't important in the long run and I really needed to focus on the fact that I am very blessed with more things than I can count! I mean I was having lunch with my parents and they paid! :) Yeah I had my "coming to Jesus" meeting during my lunch and on my drive back to work. I need to realize that even though I might be inconvenienced its okay. I might not like it but there is always a reason for things that I might just not see at that time.
Do you ever have moments of just losing it over silly things... like finding a close parking space to a restaurant?!
Posted by Becky at 12:14 PM No comments: Links to this post

Philippians 4:6-7 6) Do not be anxious about anything, but in everything by prayer and supplication with thanksgiving let your requests be made known to God. 7) And the peace of God, which surpasses all understanding, will guard your hearts and your minds in Christ Jesus. ESV

My prayer life is not one that is the greatest. Although I strive to be one that prays all the time with out ceasing, there are some days that I just fall short. I keep going back to the verses above because when I get serious about my prayer time I realize more and more that the anxious feelings I have over any situation will quickly dissolve and peace floods through me. I can sit and stew about something all day long but that worry will do nothing but give me an ulcer. Daily I have to take my requests for myself and others to the Lord and let Him take care of them. Lets face it, He is so much better at being God than I am!
Posted by Becky at 4:50 PM No comments: Links to this post

On Sunday I had the wonderful privilege of photographing Parker and Flannery. April (Flannery's mom) introduced me to Kristi (Parker's mom) via email a while ago. We had been trying to coordinate a time for me to do a shoot with them for almost four months now! So, Sunday was a beautiful day in Charlotte and we met at a well known park for the shoot. Parker really didn't know what to make of all that was going on but I love her thoughtful expressions. Overall I am pleased with how the shoot went! I really had a great time getting to know Kristi and Parker. I found out that Kristi and her husband Jared are both from Michigan... which my mom is from Michigan! These are only four of hundreds I am working on! More to come! :) 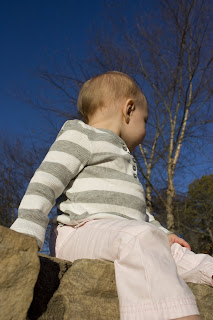 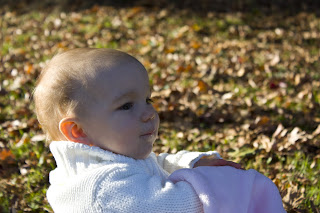 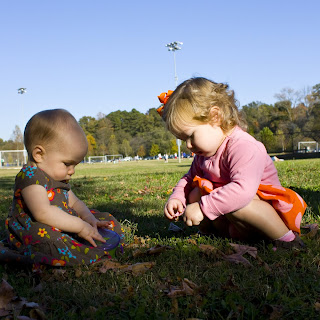 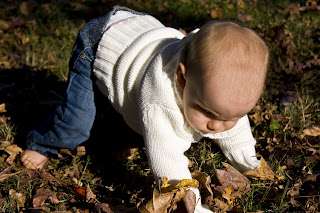 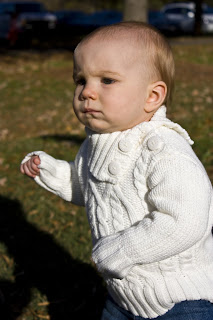 Posted by Becky at 4:00 PM 3 comments: Links to this post

I bet you have the Creed song "With Arms Wide Open" in your head now! :) It wasn't on purpose that I did that. (side note: A lot of phrases remind me of songs...it's weird but I can be in a serious conversation with you and something you say will remind of a song and I will probably start singing it in my head or worst case scenario out loud!) :)
I recently found this photo of me and it has become a great reminder of how I try to live my life daily. There are so many things I try to cling to and not let go of, and things I wish I could control but in order to live a life of freedom I must have my hands and my arms wide open. For me it's a sign of surrender. Everyday I have to remind myself that I can't control all that's going on in my world but I can keep my arms wide open and let God do the work! It seems to work out better for me in the end anyway! I have to daily release my family, friends and work to God.
What are some things you try to hold onto but the Lord is saying let go? 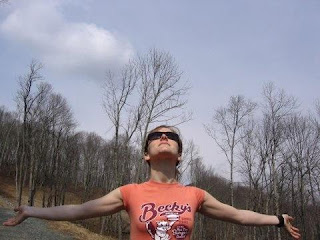 Posted by Becky at 6:10 AM 6 comments: Links to this post

Most of you wouldn't know this about me but I dream every night and I generally can recall most of those dreams each day! I don't know if this is a blessing or a curse yet. :) They are pretty vivid!
Last night I had a dream that I woke up from feeling hopeful and yet sad because I wish it had been really happening. I dreamt that I was with a group of people at a friends home. The couple that we were visiting with had a son. He was in the kitchen alone and I walked in. He looked up at me and said "I would like for you to pray with me" and I knelt down, he grabbed my hands and prayed! I woke up really soon after that and wanted to go back to sleep to continue dreaming. :)
Do you remember your dreams?
Posted by Becky at 3:51 PM 2 comments: Links to this post

Becky
I am a follower of Christ. Passionate about missions especially overseas! I love photography and being able to use photography as a creative outlet. If you would like to email me you can at rebeccabernier@gmail.com